Beauty lies in the eye of the beholder. This is something that I’m beginning to see more clearly since I took a dive into Incredible India. Overwhelming waves might catch me and a strong stream can pull me under water to unknown places, still I’m able to keep my eyes wide open and see what is happening. As an open observer I plunged into this wonder world. Without swimming glasses to protect my eyes for the prickly sea salt, though properly dressed Indian style of course. Leaving a lot left unseen. At the point when I got really used to this trouble water, the same water that is being used to wash, as a toilet, to say farewell to the dead people among us and not to forget as a drinking source, I became aware of what really wants to be seen. Rising up from the bottom from deep down within.

Open observer. Haha. Ok, to be honest, remaining without judgement is not always easy in this sea of separation. Sometimes I found myself caught up in between feelings that I haven’t experienced so deeply for a long period. Frustration, anger, fear and as a result of this an enormous tendency to do something, to react, to protest. Action impulses were running through my veins. To stand up and fight against everything that I saw which is not right in my eyes. The big contrast between rich and poor. People dying on the streets of hunger and in the same time the enormous worship of money, glitter and glamour. The cast system that literally puts people in cages condemned to a life sentence. The overkill of festivals and ceremonies to celebrate everything that can be celebrated and meanwhile women that are being killed in the villages because they did something ‘wrong’ according to the community. Gender differences that make men still have the right to marry a bride who’s in fact just a child. Rapes, sexual harassments just as usual as watching an over romantic Bollywood movie. I was crawling against the waves in that sea and found out that even nature was part of the game, with its chilly nights and afternoons with a hot sun burning like chilli. The different colour palette of human nature was never drawn so clear until a little village girl ran away from me, screaming and completely in panic when she saw me passing by the other day.

Meanwhile, underneath the surface, in the underwater world, I’m experiencing this same duality. Strong streams of east and west are turning me upside down. Which makes that I’m reading a whatsapp message from my father who’s sharing that he’s so happy with his just bought special soft eye lenses, while I was just talking with one of the teachers about this student who almost dives into the blackboard because he can’t see what he’s writing. He can’t even look me properly in the eyes. But he’s so eager to learn. Every time my heart breaks when I see him struggling with his eye problem. I think simple glasses would help him a lot. His parents don’t think of him at all, which makes him one of the many examples of children that I see daily who are being neglected at home. 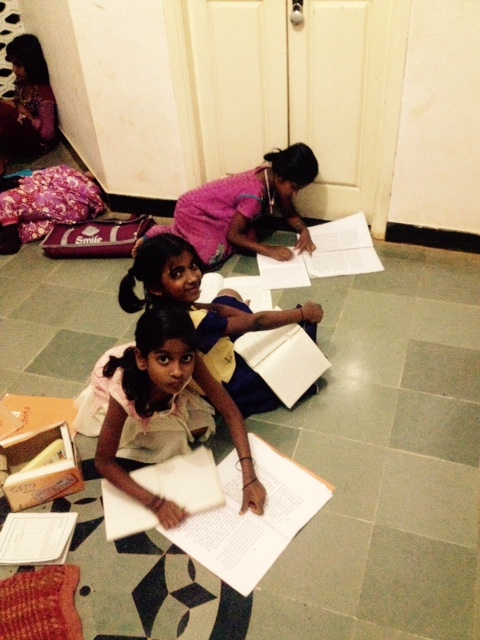 What looks like to be ignored, wants to be seen. Varsha and Aishabi are sitting next to each other in the classroom; making the exercises the teacher just gave them. In 4th standard, non-duality became clear in the glimpse of an eye. Good looking Varsha, clever and quick as always finished her work in a minute, hand raised to shoot her answers at the teacher. The assertiveness skills she learned in Deenabandhu Girls Home made her socially well adapted and beloved among the other children in the class. She smiled triumphantly at me. My eyes fell on Aishabi. A girl who’s physically and mentally behind. A result of a family marriage, which is still very common in the rural areas in India. She doesn’t have a clue what the teacher is talking about and her whole notebook consists of copying the English alphabet, again and again. Nobody wants to play with her because she’s too slow and she compulsory puts her hand in her pocket as if she wants to protect something.

Two worlds of difference. One classroom. Both traumatic background. My mind got lost. My eyes were opened. Without the need of the soft lenses of my father. This was a masterpiece of trompe l’oeil that I was watching. Dualism is a never-ending story if you keep on focussing on the missing link. It’s like fighting a battle you can never win.

No eye contact. Be aware, be alert. Watch out. In every corner a potential rapist could be hidden. Yes, the facts don’t lie with more than a half of the female Indian population being sexually harassed one way or another. But I was also starting to feel what all this need of control was doing to me as a human being. Where all this fear based feelings were going to. Separation. Loss of freedom. Closed for beautiful experiences. Missing the deep connection with all there is.
I made an underwater somersault and swam towards the empty space of acceptation.

The first word that I learned in my Kannada class, the local language, is santosha. It made me smile within when I heard the word. The link has always been there. Already familiar with the concept as one of the niyamas, the Sanskrit meaning is true contentment. Learning to be happy with all there is. Unconditionally. Having a deep faith in the outcome of life. Whatever that may be. It’s the bridge between the seas of separation, that I created myself. Even though there are differences, in the end it’s all one, because everything is originated from non-duality. It’s the mind that puts labels on all the things we see, notice and experience in life. Creates differences and disconnects us from one another. Even though there are some separate waves, we’re all part of the same ocean in the end. Each drop in this is a reflection of the world as such. In all its extremes. No dark without light. That’s wholeness. Santosha is like the little sparkles dancing on the waves of the ocean. Shining through everything. River deep, mountain high.

And there she was, out of nothing. She gave me a big hug and stumbled something in a language that I couldn’t understand. I closed my eyes and saw her. Sparkling shantosha. Aishabi made me see.

Happiness lies in the eye of the beholder. 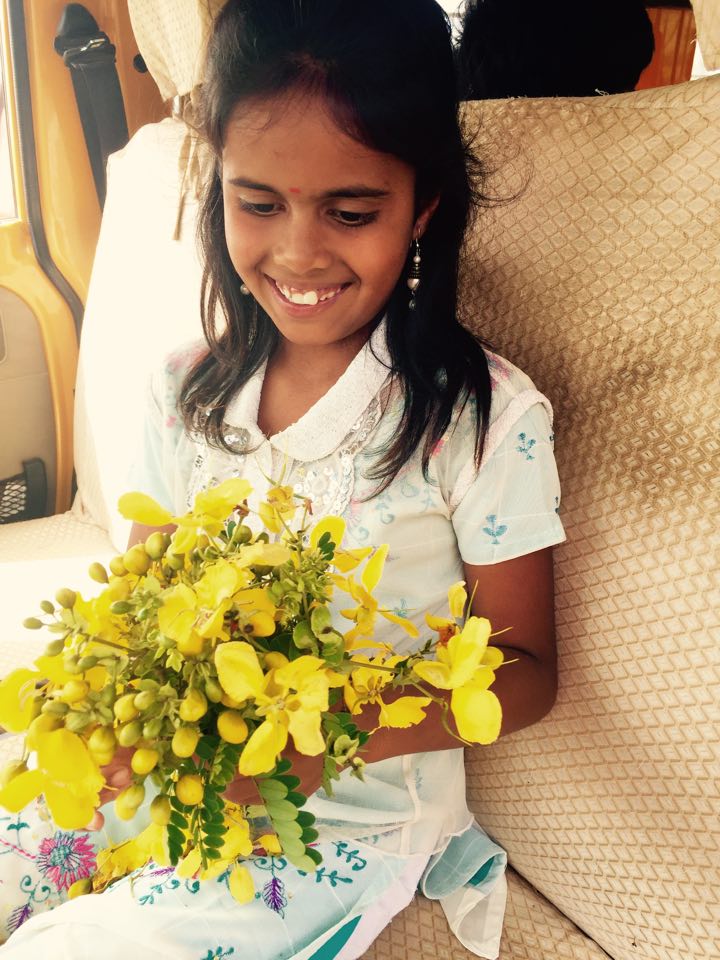