I’m not talking about this little spicy Spanish snacks that sets a night on fire together with a good glass of wine and nice company. These nights don’t exist here, so before my mind goes into craving thoughts about this, I’ll take another brain route, which leads me towards the Sanskrit meaning of tapas. Some other food for thought. Spiced up with masala and a lot of agni, the inner fire that makes your body and soul come alive.

Tapas is the deep intrinsic motivation that lights up this inner fire. Bites of fiery discipline and perseverance that set you into flame. The pure power of passion. Described by Pantanjali as one of the niyamas in the yoga sutras more than 2000 years ago and still going strong.  A taste of tapas provides an endless fuel that keeps your engine going and is an inexhaustible catalyst for transformation.

Be the change you want to see in the world. Gandhi couldn’t have said it better. Initiating real positive transformation lies within. However this change doesn’t come by itself. Transformation takes time, a lot of tapas and a deep belief that the seed you’re planting will eventually become a flourishing flower, one way or another. As an austere here you need courageous strength to face challenging life situations and an enormous willpower to go through everything that might look impossible. But, what if your eyes are kept closed? How to be the change if you never had a good example?

So, let’s take the other way.

The way that is not so clear and structured. Which is full of obstacles and impassable to go through. A hell of a bumpy road, stacked with impurities at each hairpin bend, that make it impossible to see the shining light at the end of the road. Although it’s the journey itself that matters, having some clue of where you journey toward in the end is essential to stay on that path. You don’t want to be wandering around in a misty haze, lost around the road, searching for something indefinable. Unable to see the signs that guide you in the right direction.

A lot of children in Deenabandhu are born in this condition. A lack of constructive nurturing in early childhood can leave a lot of scars. Low self esteem. Never feeling safe and secure. This almost unfulfilling craving for love and in the same time being so scared when it’s there, because it can disappear easily. Or strongly belief in the conception that it’s not real. Not for me. The little seeds that are planted in this uncultivated soil have lots of difficulties to flower and grow. Sometimes they look more dead than alive. Simply undergoing life as it is. Waiting. For that day the pilot flame slowly extinguishes and the ashes will be softly blown to somewhere.

Sometimes, a stray spark sets a life ablaze like a bonfire.

Avinosh was left alone by his mother on the street when he was four years old. She said she would come back soon to pick him up, but she never came. After six years of waiting he gave up. He has learned to trust no one. Deep damage in faith is still determining his behaviour. Too scared to look you in the eyes. Soft voice. Unreachable. Cowers each time when somebody’s reaching out to him.

In the blink of an eye some kind of magic trick happens. His whole appearance opens up if he starts to talk about his ambitions. Being a doctor. Helping other people. Come back to Deenabandhu School and take care of all the children who are in need. Proudly he sat on his chair. Straight. He looked me in the eyes and smiled. The smouldering fire was being lit. Each breath gives him more powerful oxygen to lighten up his inner flame. I could almost see the tapas flowing through his veins and his eyes sparked like little stars. We now made him the first ‘student doctor’ of school. If the students need any ‘medical’ help, Avinosh is there for them. He cleans their wounds and puts plasters wherever he can. 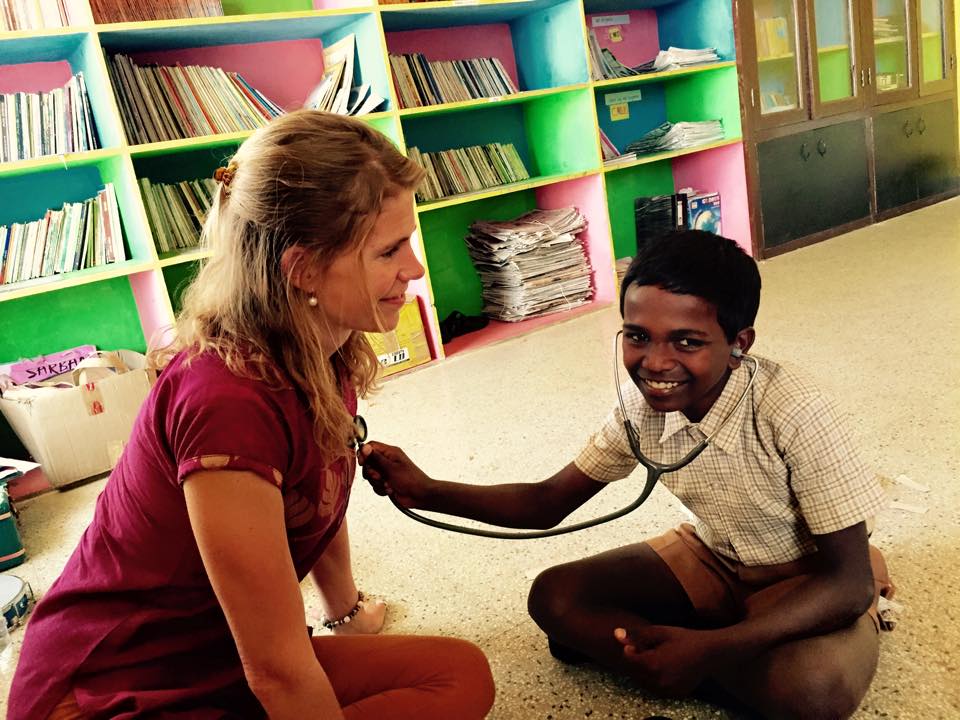 Veenu, a rough teenage girl with a big wounded heart, wants to become a police agent so she can beat all the people who have beaten her in her life, especially her uncle who was ruining her life and that of her mother’s and sister’s when her father died a couple of years ago. The fire in her eyes doesn’t lie. Hot tapas has obviously overheated her system, lacking the cooling ability to reflect upon its own self. Captured by her own tremendous inner fire, she keeps on burning herself again and again.

Parvati’s flame went out a long time ago. Since years she’ s always sad, depressed, feeling sick and doesn’t want to play with other children. She is constantly looking for something or somebody that can make her happy. That can ease the pain of the fact that her mother left her long time ago, not being able to take care of their children because of her addictions and mental state of being. She only used her kids for the gain of her own happiness, which was not more than sending them out on the street to beg for money. So she could buy new liquor. Her younger brother Sivanand also has his scars of this childhood, but the big difference is that he makes himself responsible for his own happiness. The sharp contrast between suffering and pain. Which I haven’t seen so literally taking place until a couple of weeks ago. When he was playing after school, by accident some very hot tea came over Sivanand’s body and caused some nasty burning wounds. He was in deep pain. But it didn’t hamper him. He didn’t blame the person who did this. He didn’t blame the situation. Yet, it set him even more into flames. He took his responsibility and the day after he went to school. As a strong super hero, he was insisting on making the exams, despite his hurting wounds. The pain was there, but he didn’t suffer. Parvati is still suffering every day.

Tapas sets the inner flame into fire when it’s fanned by the breath of deep belief. Likely to be easy surrounded by so many Hindu gods, but is a big challenge for some to find the god in you. Extremely difficult if you don’t have a good example, when your parents keep on saying that school is a waste of time or when you don’t have an example at all.

So at Deenabandhu School we’re building up the fire together. Attempting to lighten the smouldering sparks that live in each one of us. Trying to create a big fireplace of role models, positive stimulation and most of all love. Being the change we want to see in our own small little world. Even though it’s a change which so many parents in the rural villages don’t want to see at all, preventing the cultivation of awareness that is so needed in these parts of India. Strong beliefs are passed over and over again from generation to generation, leaving their children with a desert of infertile soil.

But even though the plants seem to be dead or not growing, there’s still a seed deep down within. Once found and ignited, it can reach the sky, using its roots as a coiled spring. A lotus flower blooms at its best in the dirtiest ground. 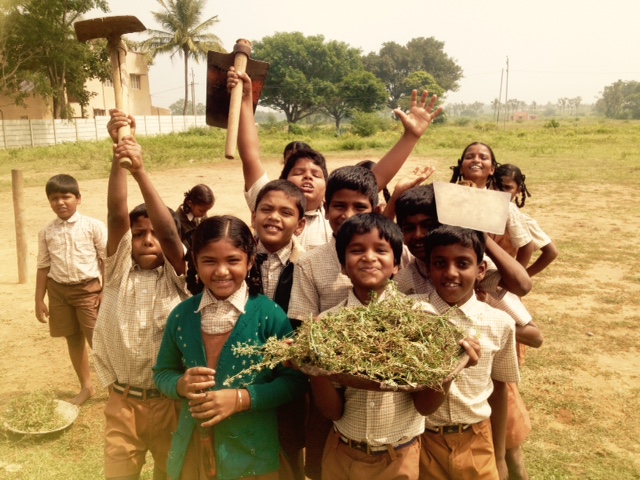